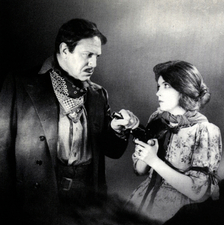 The Wind (1928)
The Sounds of Silents: Silent Films Restored by Photoplay Productions

Beginning in the 1980s, Kevin Brownlow and his late partner David Gill restored legions of silent films for broadcast on British television, mostly for the Thames Silent series. The new scores they commissiomed from composer Carl Davis immeasurably enhanced the visceral appeal of classics like The Crowd, Ben Hur, and The Four Horsemen of the Apocalypse. In bringing these films to the US, I wanted to underscore the role television has played in championing the legacy of silent filmmaking—see, for example, TCM's weekly showcasing of hard-to-find silent classics.